Why did we develop CradleGrid?

All great solutions come from challenging problems. CradleGrid is no different. Nearly 20 years ago, US special forces needed a weapon storage system that provided visual inventorying, was quick access in emergencies and could store weapons with modifications in a high-density orientation. Basically, they needed a storage system that could store anything, be accessed quickly, and be accounted for at a glance. The outdated legacy systems they used were designed for older style weapons and were not meant for rapid deployment. Their storage was outdated, breaking, and expensive to maintain and replace. Enter SecureIt. We found a broken system and started right away researching the issues facing the military so we could develop the best solution. 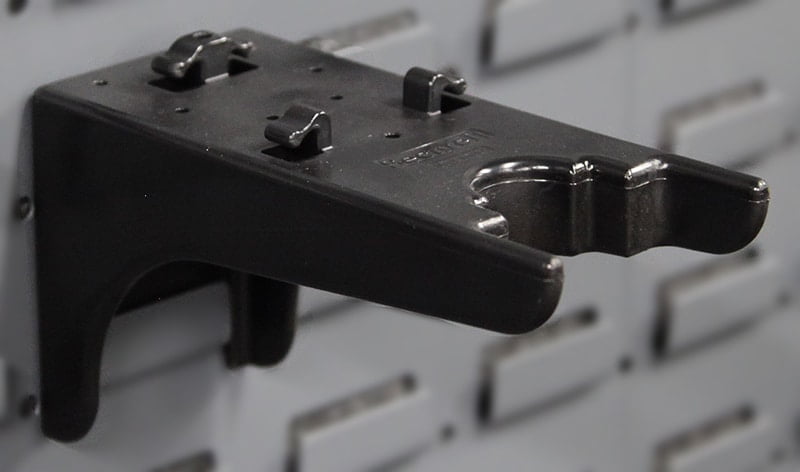 After a couple years, numerous armory visits, and hundreds of conversations with armorers, CradleGrid was developed. The basic idea behind the design is flexibility. The Upper Cradle is designed to hold a barrel, magwell, or rail of an AR platform, and at the same time store something as small as an MP5 or as large as an M2. Obviously, these weapons are all different lengths, and so the Upper Cradle was made to adjust vertically. Using one Cradle to store many different weapons was crucial for the military; it meant that one inexpensive piece could be used over and over again — and saved the military time and money. SecureIt Stock Bases can store up to two rifles or shotguns at a time.

The Stock Bases were designed with the same intention of having one unit able to store hundreds of weapon platforms. It is tiered and angled so that you can adjust the lean angle of a firearm or mortar tube, and store a fully modded M4 next to anything else. The Stock Bases float on the bottom of the system, allowing even more flexibility for the armorer, and they lock into each other to prevent moving or shifting.

The last piece, the Grid Wall, is the backbone of the system. The design provides both strength and versatility. Grid panels are heavy 14GA steel or injection molded composite, and can hold hundreds of pounds or gear.

Weapons storage has not fundamentally changed in decades. It is static and certainly has not kept up with the sweeping changes in the size and shape of modern firearms Designed to accommodate weapons with optics 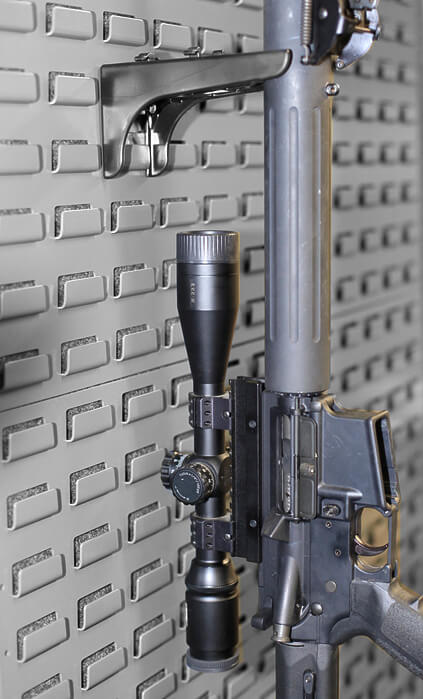 The CradleGrid system was also designed to accommodate weapons with optics attached, so you’ll never need to re-zero because of an inadequate storage system. 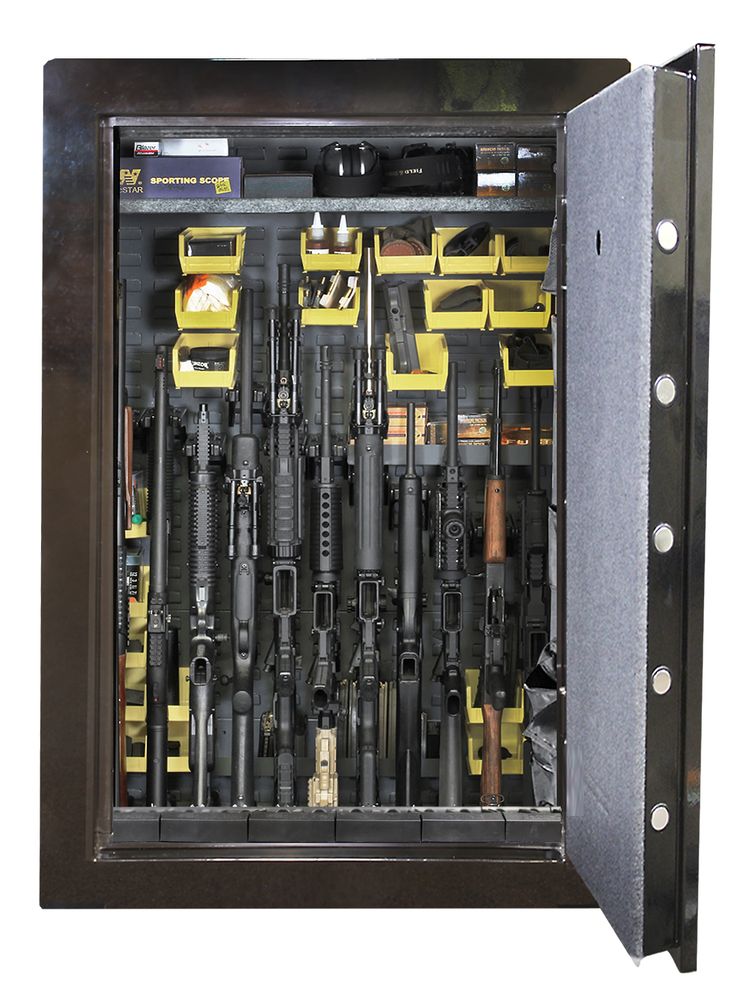 With SecureIt’s CradleGrid system, you get straight-line access to each and every weapon. There is never a need to move other weapons out of the way. You also get a comprehensive view of your entire weapons line-up for maximum efficiency. Organize your armory as you see fit, not as your storage system dictates.

The end result is an efficient system that can store any firearm, provide you with quick defensive or offensive capability, and is built for life. Whether you’re an armorer, a gun enthusiast, or a sport shooter — CradleGrid is the best solution to protect your valuable firearms.